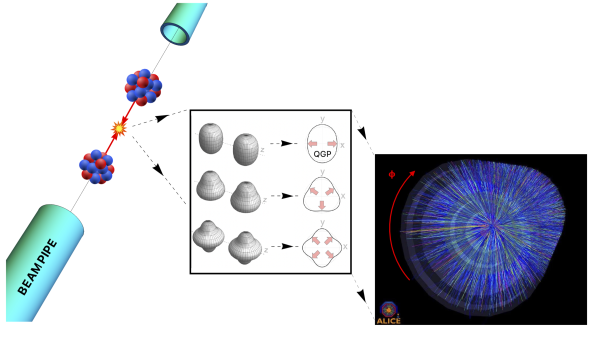 Note to applicants: This a 5-week "hybrid" program with a one-week “hybrid” work-shop embedded (however see disclaimer below). Please specify in the COMMENTS section of the Application Form either [In-Person], [Virtual] or [Either] to reflect your preferred mode of attendance. Please be aware that all in-person participants must show proof of vaccination against COVID-19 upon arrival to the INT.

Disclaimer: Please be aware that due to ongoing concerns regarding the COVID-19 pandemic, this program may be changed from in-person to hybrid, or to online-only if necessary.

Until now, the communities of high-energy heavy-ion physics and of low-energy nuclear structure physics have been largely disconnected. To model and understand the evolution of the quark-gluon plasma (QGP), heavy-ion physics requires some input from nuclear structure physics that is typically simplified or assumed to be well-known. However, over the past decade both our understanding of the evolution of the QGP and the quality of the experimental data have become good enough to grant sensitivity to the details of the geometry of the colliding ions, and thus challenge the nuclear structure input. Measurements from collisions of 238U or 129Xe nuclei at high energy, for instance, can only be understood via the inclusion of nuclear deformation effects in the theoretical models. The need for a precise modeling of the nuclear structure was additionally emphasized in 2021 by isobar collisions at RHIC, i.e., 96Ru+96Ru and 96Zr+96Zr.

It is not yet established how the manifestations of nuclear structure should evolve across energy scales. High-energy nuclear collisions open a new window to access a wide range of structure phenomena from a new perspective, such as quadrupole and octupole deformations, triaxiality, shape coexistence and shape evolution, clustering, neutron skin. Work is needed to clarify to which extent the structure information obtained from such experiments is connected to that used or inferred in low-energy applications. To this aim, it is also important to clarify how beam-energy dependent effects, such as nPDF, gluon saturation, and the partonic structure of nucleons, impact the low-energy structure of nuclei.

This program will gather experts from the low-energy and the high-energy communities to address these issues and advance our understanding of nuclear physics in general. We want to create awareness in the low-energy community of the fact that their tools and theoretical frameworks have applications in high-energy collisions, and that high-energy experiments provide a great deal of information about the structure of atomic nuclei. Furthermore, we hope to foster active collaborations between the two communities that will improve state-of-the-art models and event generators for high-energy nuclear applications.

The program will consist of a similar number of talks from the nuclear structure/low-energy side and the heavy-ion side. We will have two seminars each day in the morning, and allow for the possibility of additional discussions in the afternoon. We plan to host a 5 day workshop titled “Connecting nuclear physics across energy scales: from nuclear structure to high-energy nuclear collisions”, consisting of shorter (e.g. 40 minute) talks, broadcast over zoom. With this workshop we want to give a broader view of research topics in nuclear physics across energy scales, with the goal of grasping new connections among them.

The following describe the tentative plan and key issues to be addressed. We shall try to follow this outline, although with flexibility depending on the needs and availabilities of the speakers. 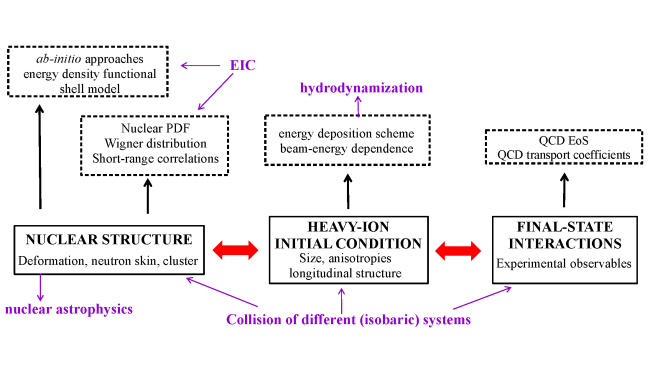 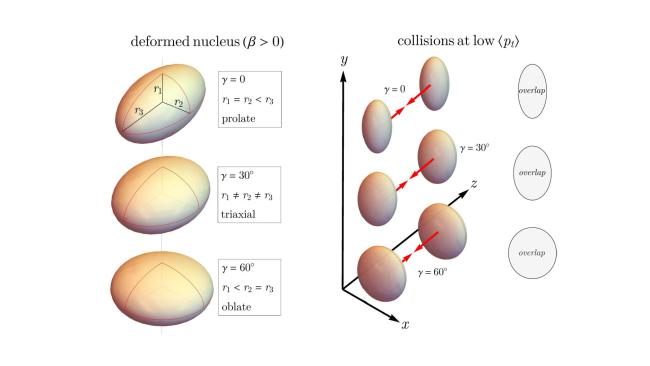 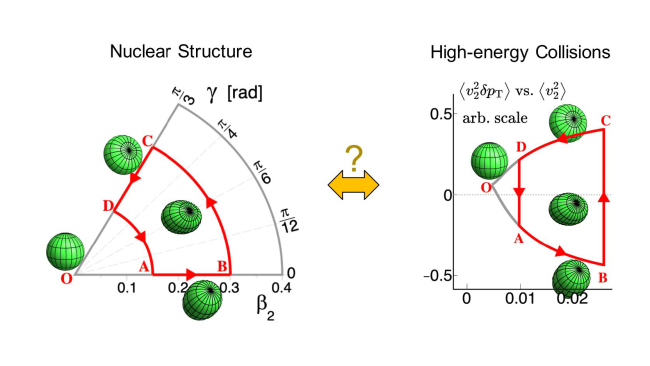 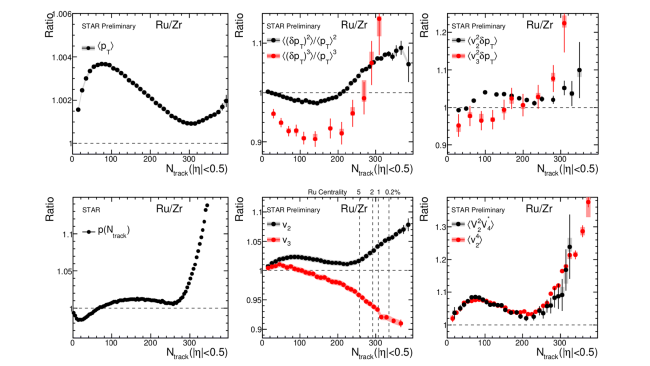 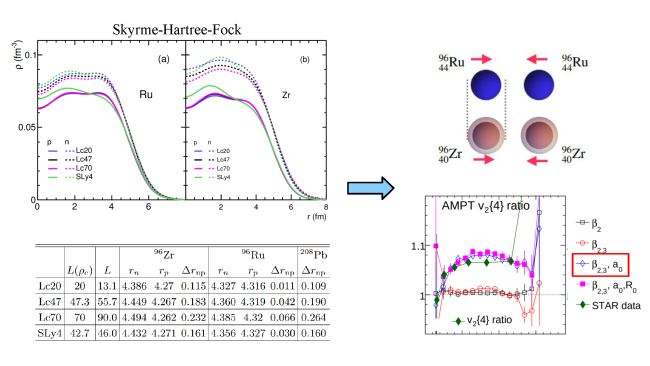 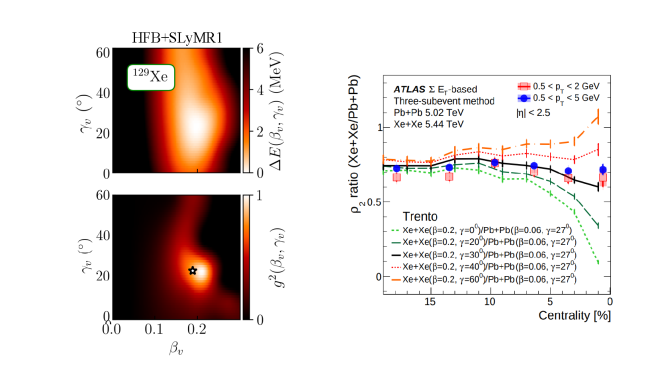