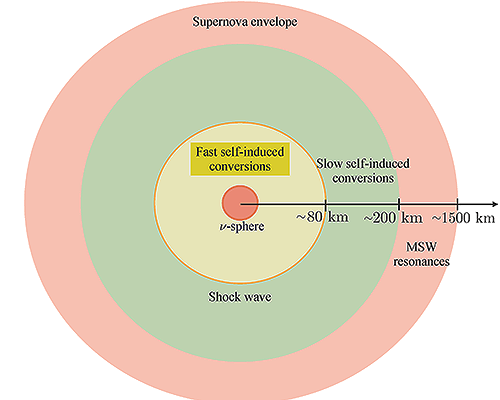 Goals of the workshop:

The focus of this workshop is to advance our understanding of neutrino flavor evolution in dense environments, from the standpoint of theory, computation, and neutrino detection. To this end, the workshop will convene experts working on collective neutrino oscillations, as well as a few from outside this field, to facilitate exchange of ideas and knowledge. In particular, the workshop aims to foster a discussion regarding various computational approaches—including approaches that are already being utilized as well as those with potential to offer new insights.

Importance of the topic:

Recent decades have demonstrated that the phenomenology of neutrino flavor transformations in compact object environments, such as supernovae and neutron star mergers, is rich, and various flavor instabilities have been discovered. The physics of neutrino flavor evolution in these environments comprises an unsolved problem at the heart of the ongoing revolution in multi-messenger astrophysics. The stakes could be high. For example, finding convincing solutions to this problem might leverage gravitational-wave and electromagnetic observations of neutron star merger-generated kilonovae into deeper insights into the transport of energy, entropy, and lepton number in these sites. In turn, this could aid in understanding heavy element nucleosynthesis, connecting this problem to chemical evolution and mass assembly histories of galaxies and dark matter.

Producing self-consistent solutions, however, for the neutrino flavor evolution problem has been a vexing undertaking. In part this is because of the fierce nonlinearity engendered by the high neutrino fluxes in these compact object environments. This has necessitated the development of highly sophisticated numerical approaches. As with many nonlinear many-body problems, initial forays into finding self-consistent numerical solutions have led to surprises. Notably, despite the small measured neutrino mass-squared differences and the large matter densities in these venues, large scale coherent collective neutrino flavor oscillations were shown to arise in analytic, semi-analytic, and numerical treatments. These studies have revealed that the neutrino flavor field in compact objects may fall victim to a host of instabilities—some of which were artificially hidden from the initial numerical simulations on account of those approaches being forced to adopt simplistic geometries with a high degree of symmetry.

To utilize the insight gained from these calculations that have been carried out in the last couple of decades, and to apply it to efficiently probe a range of physical conditions and parameter regimes where such physics can arise, inference-based strategies to study nonlinear neutrino flavor evolution are being explored. Recently, numerical techniques such as the "angular moments methods" from hydrodynamic simulations have also been utilized in an attempt to better understand some of the flavor instabilities. These are just a couple of recent examples in which transfer of knowledge across the artificial boundaries between scientific disciplines has advanced research in this field. A scenario wherein all these various ongoing efforts could begin to coalesce would therefore be highly desirable. Moreover, with the advent of detectors such as DUNE and Hyper-K, it is more pertinent than ever to ask what a neutrino detection from a future galactic core-collapse supernova could teach us about neutrino properties and the supernova environment.

Each day of the workshop will consist of two sessions — the morning session from 9:00 am to 12:30 pm PDT, and the afternoon session from 3:00 to 5:30 pm PDT. Each morning session will begin with a 1 hour 'keynote' talk (45-50 min talk + 10-15 min Q&A) that shall provide a big picture overview of the topic of the day. All the remaining talks in both the sessions will be 30 min long (20-25 min talk + 5-10 min Q&A). Each session will close out with a 30 minute discussion, which may be extended by another 30 minutes depending on participant interest.

Each day will be focused on a particular sub-topic of interest, around which most of the talks and discussion on that day shall be centered. There will of course be some amount of overlap across days, so some speakers may have their talk scheduled on a different day in case there is an excess number of talks pertaining to any one sub-topic. The spread of topics over the 5 days shall roughly be as follows:

Day 2: Flavor oscillations (including active-sterile oscillations) in the early universe and other beyond standard model physics pertaining to neutrinos

Day 4: Computational methods for studying dynamical systems: this day shall also have some talks by experts from outside neutrino physics, offering opportunities to learn about various computational approaches used in different areas of physics 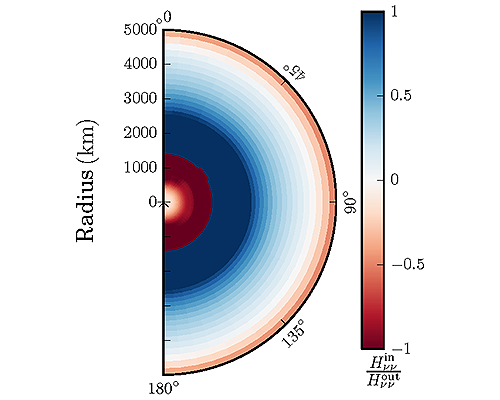 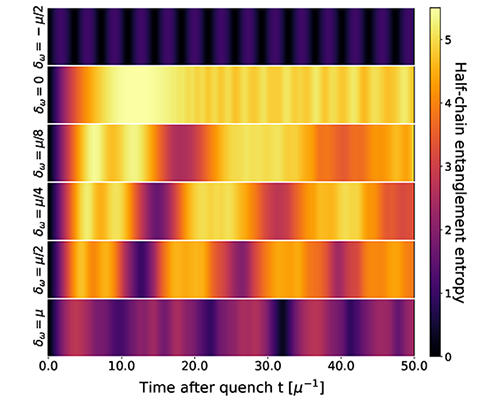 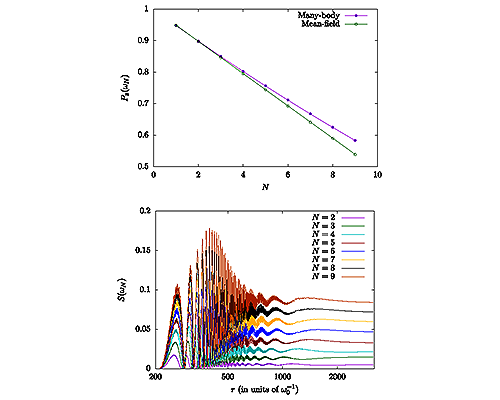 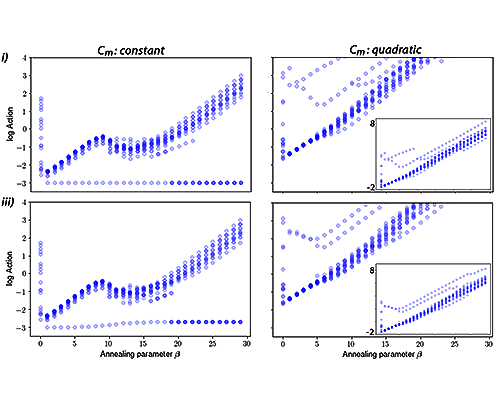 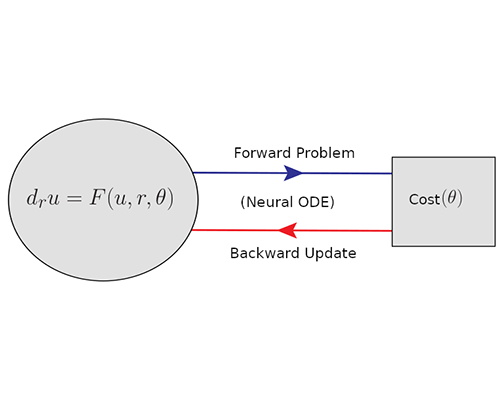 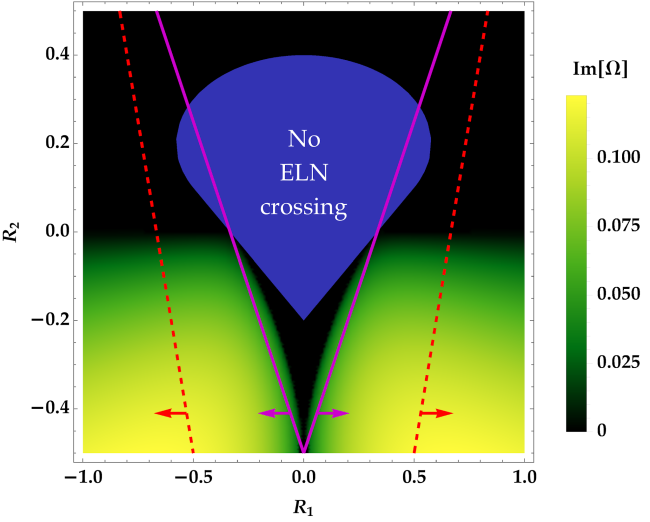 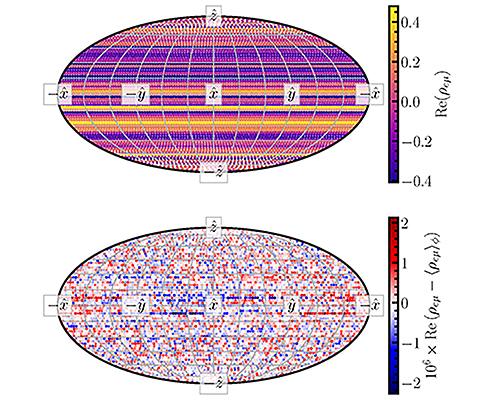 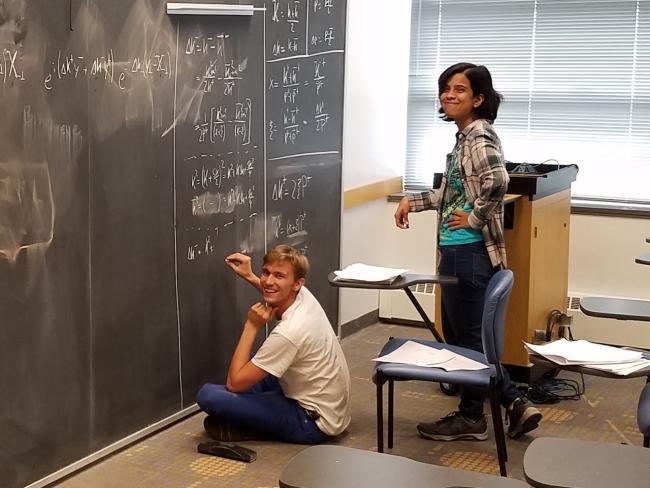