Tensor Networks in Many Body and Quantum Field Theory 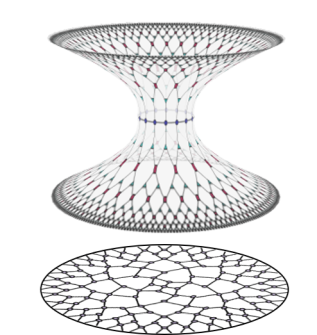 This program brought together theorists from several distinct areas of physics, including condensed matter, particle and nuclear physics, in order to share and discuss developments in the use of tensor networks to solve important problems in their discipline. Despite the differences in the backgrounds and physics goals of the various participants, the program successfully facilitated an exchange of ideas that proved beneficial for each group, particularly towards the application of numerical tensor network algorithms for the calculation of physical properties in a wide variety of settings.

Week 2 addressed path-integral based approaches to tensor networks, with an emphasis on advances in the tensor renormalization group (TRG) particularly towards lattice gauge theories and higher dimensional systems. The computational difficulties associated with the application of tensor networks in higher dimensions were discussed extensively, and proposals for approximations reducing the computational costs were outlined.​

The third week included speakers from areas of quantum information and holography, who demonstrated that recasting quantum field theories in the language of tensor networks can lead to new insights both on the nature of quantum entanglement and the holographic principle.